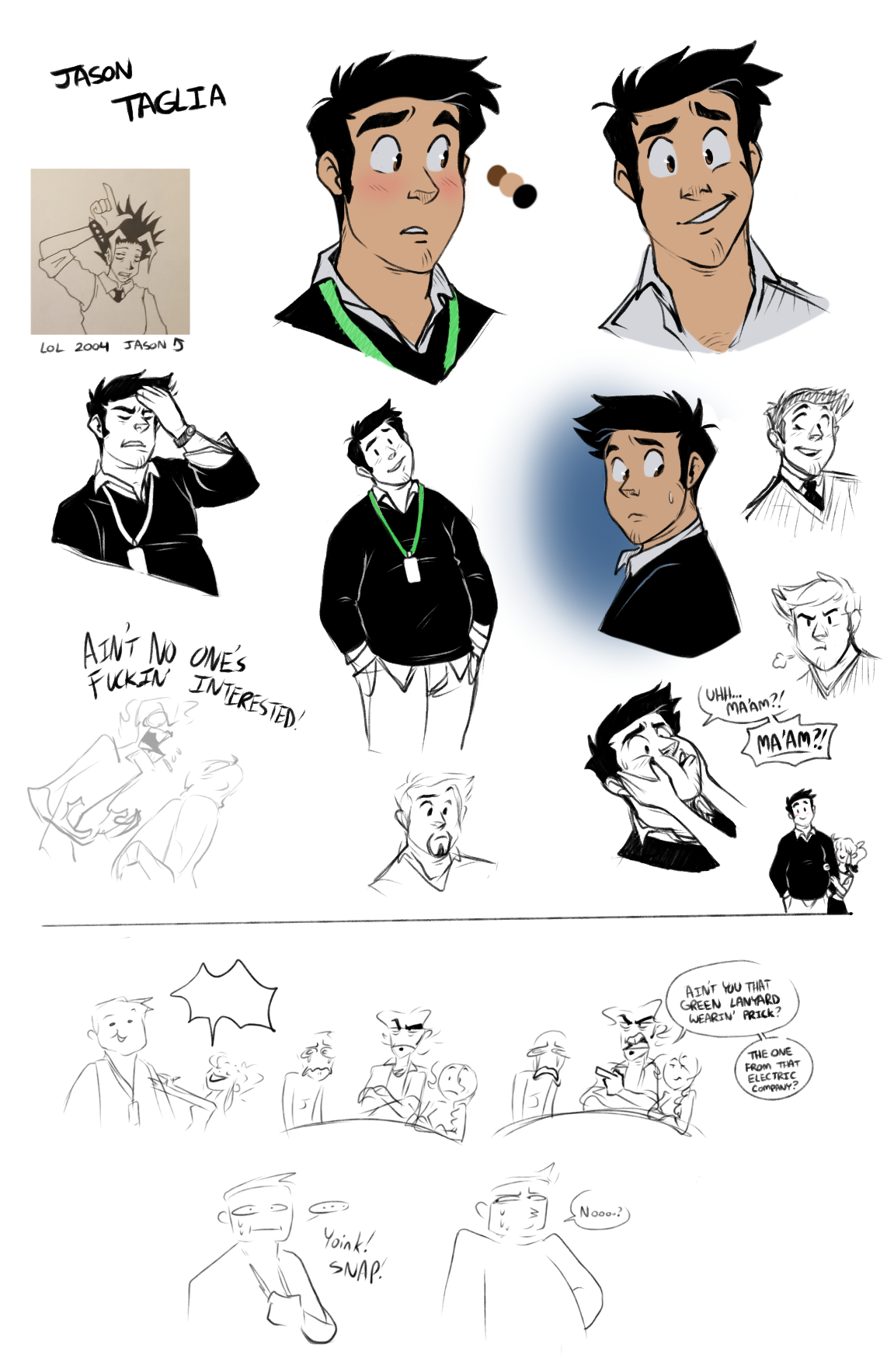 Jason was my baby in middle school/early high school days. But then Dom was brain-birthed and just completely took over. lol After that, Jason just faded away out of existence.

But I've found a new purpose for him! (It's a shitty one but still. lmao) Can't wait to get to his intro in chapter 3! It's a scene I'm really, REAALLY looking forward to! XD
Edit Delete

I also took all my half-fleshed out characters over the years and recycled them into one big comic (ie, Tangentville).
Edit Delete Reply

There's something special about bringing life and purpose back to old characters. Even though I haven't touched mine in like forever, I still have a weird attachment to them after all this time (no matter how cringey and edgy they were lmao XD).
So I'm glad I'm not the only one that does this! ^^
Edit Delete Reply

KidCthulhu 12th Oct 2022, 10:51 AM
I literally put together 30 years of unfinished comic characters and even brought in some from older than that. So I feel ya!
Edit Delete Reply

Casscade 12th Oct 2022, 12:03 PM
Dang!! 30 years! That's really neat! I like to imagine that our younger selves would be probably be thrilled to know that those characters are still around after all those years. Haha! X3
Edit Delete Reply