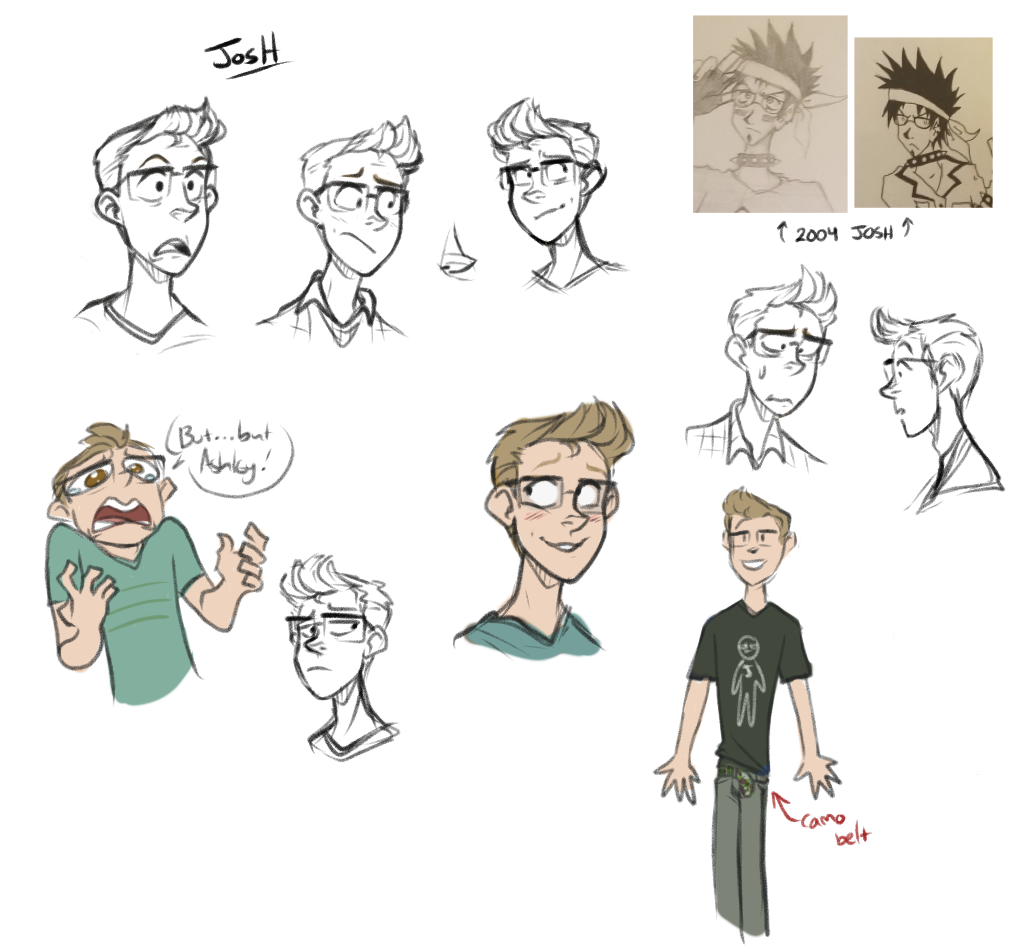 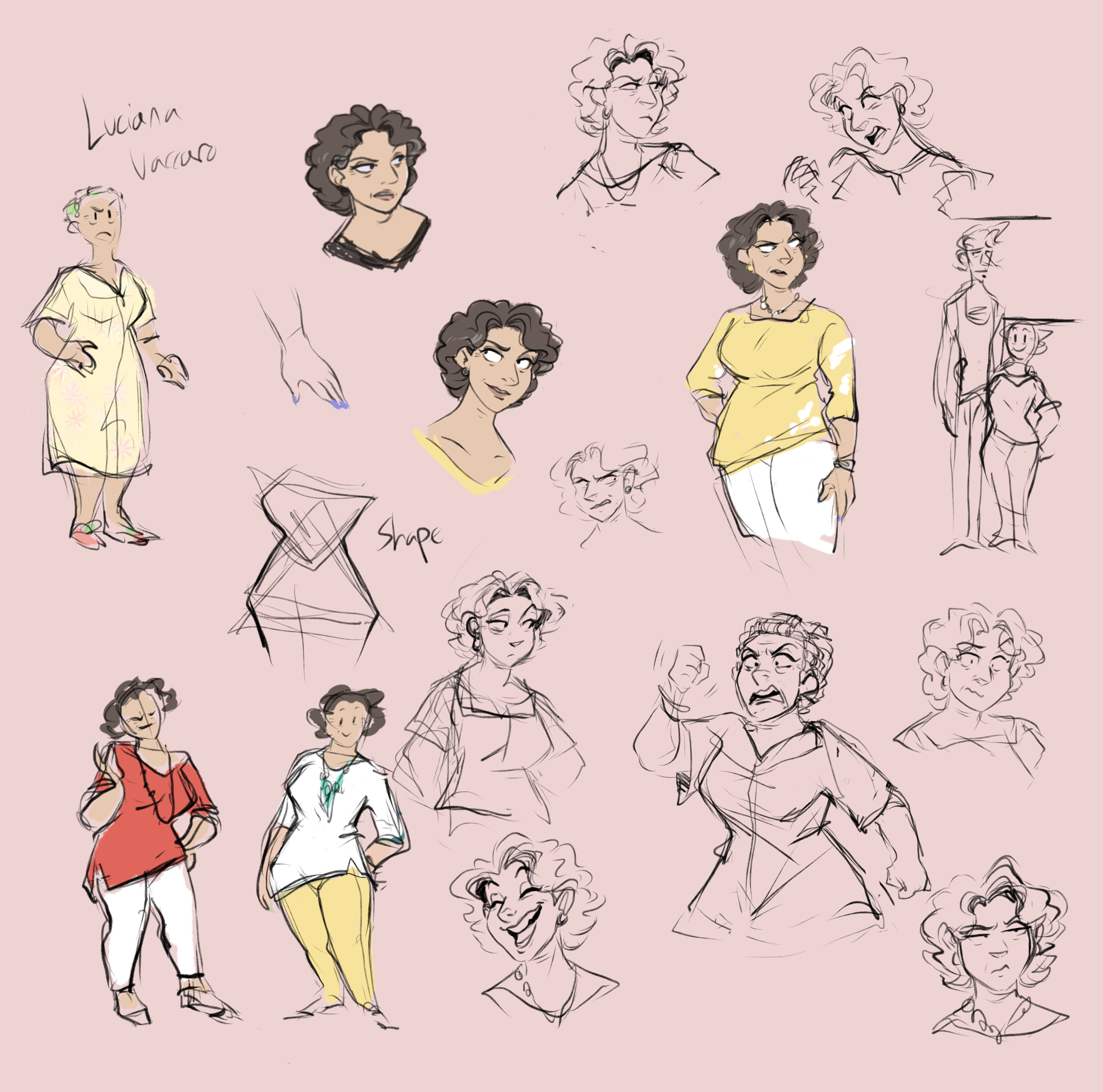 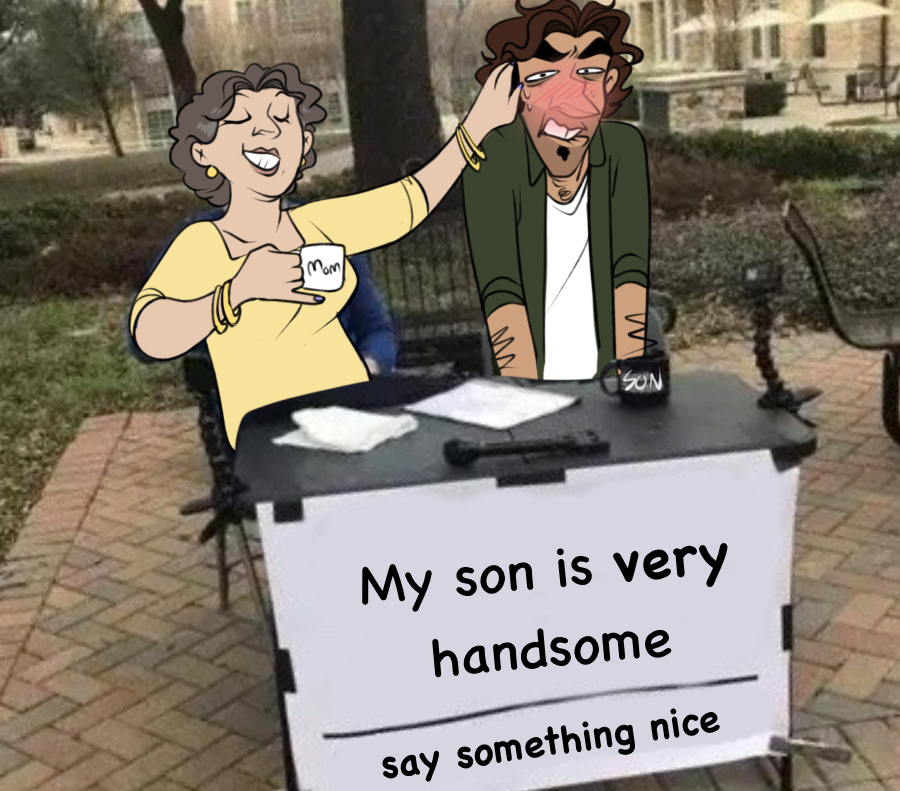 Casscade 15th Oct 2022, 11:31 AM
These were the concept sketch refs I used when I drew these two for the intro chapter. Admittedly both characters were VERY last minute designs. I had a basic idea for both but just went with the first sketch that I liked for each.

Josh: Another rebooted character from my middle school/high school days. Back then Josh's whole thing was wearing camo and being an edgelord. But over the years his personality softened up and became more awkward, which I then took and exaggerated 10x more for the comic. XD
I imagined this Josh being VERY patient, slightly nerdy appearance, with softer features compared to how I usually draw men. So this is the result. lol

Luciana: aka Dom Mom.
For her, I took inspiration from a few family members of mine. I imagined her being old fashioned, motherly, and stern. I'm pretty happy with how her design came out (in comic though, not the scribbly mess here lol).
Edit Delete